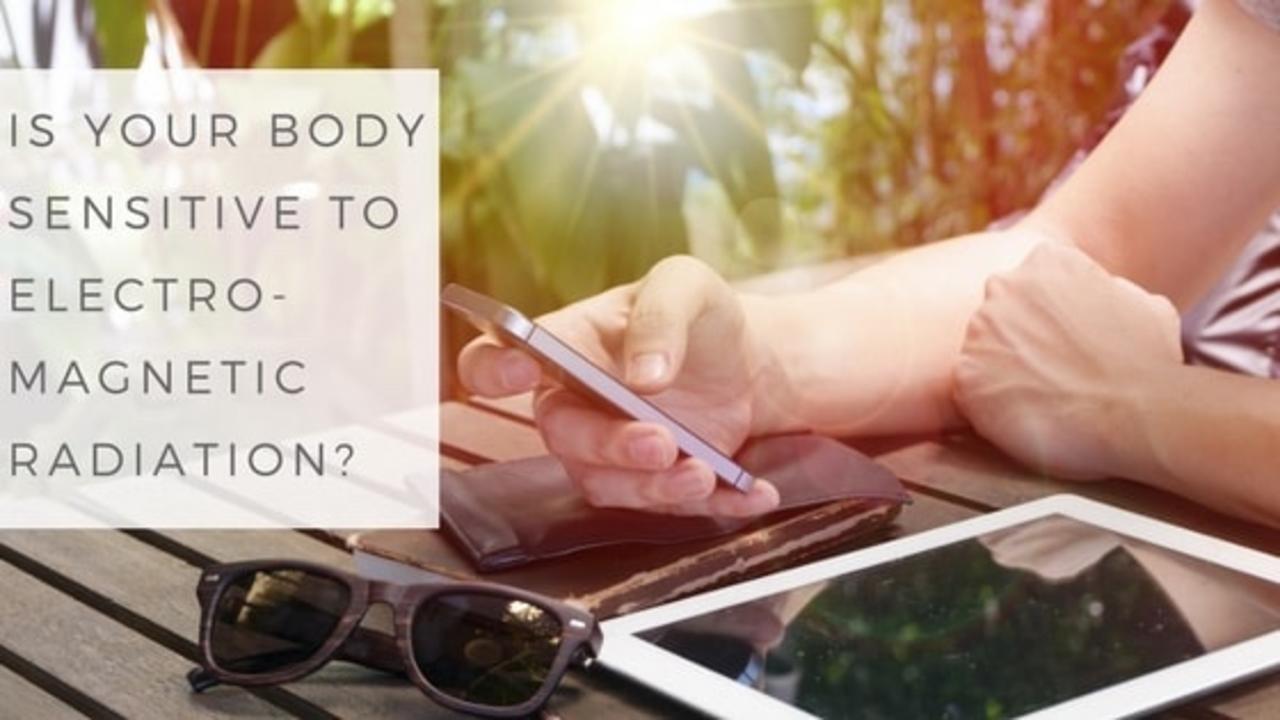 Symptoms of Electromagnetic Radiation Sensitivity and How to Avoid It

By now, you probably know of certain exposures—like nuts, perfume, dairy, or even motion sickness—that trigger discomfort. Naturally, you avoid these triggers to avoid uncomfortable symptoms.

Most people don't consider electromagnetic fields (EMFs), which may compromise some people's wellbeing. EMFs may contribute to a set of symptoms that some countries, including Sweden, recognize as a disability.

In this article you’ll learn key things about electromagnetic hypersensitivity (EHS). You will understand the current situation involving EHS, its history, as well as essential tips to help prevent experiencing its symptoms.

Electromagnetic hypersensitivity (EHS) is a sensitivity to electromagnetic fields, to which “nonspecific symptoms” are attributed. Some of these symptoms are also referred to in the popular press as "WiFi allergies."

According to a workshop convened by the World Health Organization (WHO), examples of “nonspecific symptoms” include:

While the "hard evidence" linking adverse health affects and EMFs is not strong, that may be because we aren't investigating the correlations correctly. And our current everyday EMFs (the intensity, pervasiveness, and chronic exposures) are relatively new. For example, historically, studies investigated the increased risk of brain cancer from cell phone radiation within a 10-year period. Now, we know that results are different if the study examines a 10-15 year period. Specifically, studies that examined at least 10 years of exposure, found a doubling in the risk of gliomas (malignant brain tumors). According to an article published in the peer-reviewed journal Environmental Health Perspectives:

Cell phones have been in mainstream usage for only a decade or so, and yet radiation-induced brain tumors normally take about 10–15 years to develop, according to the American Cancer Society.

While there is no consensus on whether EMFs really contribute to the symptoms associated with EHS, a growing number of authorities are recognizing EHS as a disability, including France, Spain, Australia and Sweden as well as certain states in the US, like California and Connecticut. It was reported in 2009 that, according to a survey, “between 230,000 - 260,000 Swedish men and women report a variety of symptoms when being in contact with electromagnetic field (EMF) sources.”

Some even suggest EHS may be associated with psychiatric disorders, and the “nocebo effect, in which people tend to feel sick because they believe they’ve been exposed to something that will sicken them,” according to an article in the Guardian . The WHO recommends that people suffering from EHS symptoms get evaluated for “pre-existing psychiatric conditions as well as stress reactions as a result of worrying about believed EMF health effects.”

I had to chuckle about that. Before getting evaluated for psychiatric conditions, there are some easy things you can do to experiment with whether reducing your EMF exposures help you feel better. Like don't sleep next to your cell phone unless it's shut off, or on airplane mode! Some people notice a significant improvement after one night.

The World Health Organization also concluded that EHS can be disabling:

EHS is characterized by a variety of non-specific symptoms that differ from individual to individual. The symptoms are certainly real and can vary widely in their severity. Whatever its cause, EHS can be a disabling problem for the affected individual. EHS has no clear diagnostic criteria and there is no scientific basis to link EHS symptoms to EMF exposure. Further, EHS is not a medical diagnosis, nor is it clear that it represents a single medical problem.

When are you affected?

It would be nice to think that something like radiation, and other types of EMFs, is negatively affecting only people working with unusually high exposures everyday.

The symptoms are strongest when you are up close, and subside as you move further away from the source.

This means that when you are actively using your Bluetooth headset, or spending prolonged periods of time sitting next to your cell phone or WiFi router, you may be more likely to experience stronger symptoms, like headaches, nausea, brain fog,, and disrupted sleep.

Like with many health issues, there's never a single cause. But, rather, our health issues result from a confluence of many factors.

Similarly, there may be more than one reason why you're experiencing a set of “nonspecific symptoms," of which EMFs may be a contributing factor. You’ve been around technology since you were a child, so how could it make you feel bad?

As it turns out, your body can become more sensitive to the exposure, and symptoms can occur after being subjected to just a small amount of EMFs and EMR.

In addition, scientists may not yet understand how to most accurately test how EMFs may contribute to the potential adverse health effects. The WHO recognizes that other environmental factors could cause EHS symptoms, including the “flicker” of fluorescent lights, the glare from screens, indoor air pollution, and excessive noise. It most likely results from a cocktail effect of several factors.

Although our current dependence on technology is relatively new, it hasn’t stopped doctors and scientists from questioning the risks associated with it since its earliest beginnings.

One German medical doctor, Erwin Schliephake, was the first to recognize EHS in 1932.

Dr. Schliephake published scientific data about his patients that were experiencing significant symptoms around radio towers. His results led him to name the condition “microwave sickness” or “radio wave sickness”.

The actual symptoms associated with the condition included:

Sound familiar? The scientists behind other studies thought so, too.

Since Dr. Schliephake published his data at nearly the onset of technology to society, it would be easy to dismiss his findings as an overreaction, or a misunderstanding for some other cause.

But later down the road, other studies about radiation showed similar results.

A report from the Soviet Union in 1970 described what was called "microwave syndrome" among military staff working with radio and radar equipment.

These staff showed a similar set of symptoms as in 1932, which included:

This shows that whether or not you are certain the symptoms came from the radio towers or radar equipment, the implications are too close to be entirely ignored.

For more information about the Symptoms of EHS read: EHS Symptoms from EMF Exposure

If you relate to some of these nonspecific symptoms, there's no reason not to experiment with limiting your EMF exposures to see if you feel better.

Here’s what you can do.

Change the way you use your cell phone.

One high-impact way to limit your EMF exposures is to minimize your cell phone usage.

When you are using it, it is important to remember to put the phone on speaker and hold it away from your head. Keep distance from it! You could even use an air-tube headset while talking.

Some other ways to change your cell phone habits for less exposure are:

Preventions Around the House

Altering your cell phone usage is just the beginning in what you can do to prevent EHS. You can take further action around your home as well by doing the following:

To learn more about how the appliances in your home affect your health: EMF Danger Levels from Appliances in Your Home

Developing awareness of where these symptoms of EHS are coming from is half the battle. You have learned the history of EHS and where we stand with it today, as well as tips on how to prevent its negative effects on your own health.

We want to help support you in taking it further.

Try our 21-Day Digital Detox to learn how to manage your exposure to EMFs and prevent electrosensitivity.