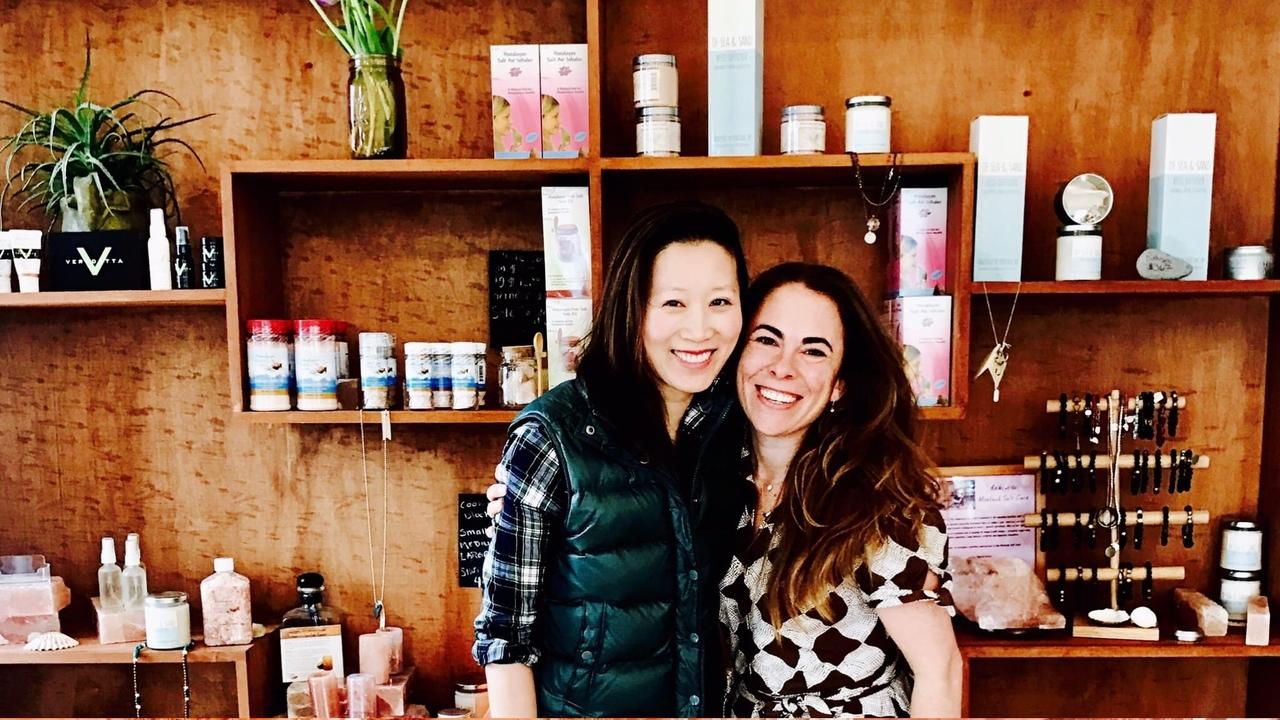 I tried halotherapy at the Montauk Salt Cave, and this is what I learned.

While the introduction to Kundalini yoga was fascinating, my primary goal was to experience WHERE the yoga class was: It was in a salt cave! The Montauk Salt Cave, in the most eastern end of Long Island.

Afterwards, I chatted with the founder of the Montauk Salt Cave, Shannon Coppola, about what motivated her to create a salt cave that's now expanding to a third location, which will be in Manhattan. If you, or someone you care about, suffers from respiratory issues, eczema, Lyme Disease, or anything involving inflammation, then you may be particularly interested in Shannon's story.

Regardless, I think you'll still enjoy this conversation between two moms who have been curious about all the natural remedies that may help our families while posing no harm. Below are podcast show notes.

Shannon has two salt caves in Long Island, and her third is coming to Manhattan.

Her son, Oliver, had severe respiratory issues. It was a mystery, trying to figure out what was ailing him. Oliver became the inspiration for Shannon creating her salt caves.

Halotherapy: 6 tips to bring salt therapy into your self care routine

Have you tried halotherapy, or salt therapy?

Every effort has been made to keep the information on this website accurate and up-to-date. However, this information is provided “as is” without warranty and should not be used as a substitute for medical advice from your personal physician.

In no event will Sophia Ruan Gushee, Ruan Living, or D-Tox Academy be liable for any damages or loss of any kind resulting from the use of this website. Anyone relying upon or making use of the information on this website does so at his or her own risk.

Some of the services and products recommended on this website provide compensation to Ruan Living & D-Tox Academy in order to help fund our educational work. All recommendations are based foremost upon an honest belief that the product, service, or site will benefit our site visitors in some way.

Medical Disclaimer: The information on this site is NOT INTENDED or IMPLIED to be a substitute for professional medical advice, diagnosis or treatment. All content, including text, graphics, images and information, contained on or available through this web site is for general information purposes only. Please see a medical professional if you need help with depression, illness, or have any concerns whatsoever. We do not offer medical advice, course of treatment, diagnosis or any other opinion on your conditions or treatment options.